A dollshouse exhibition in De Lier 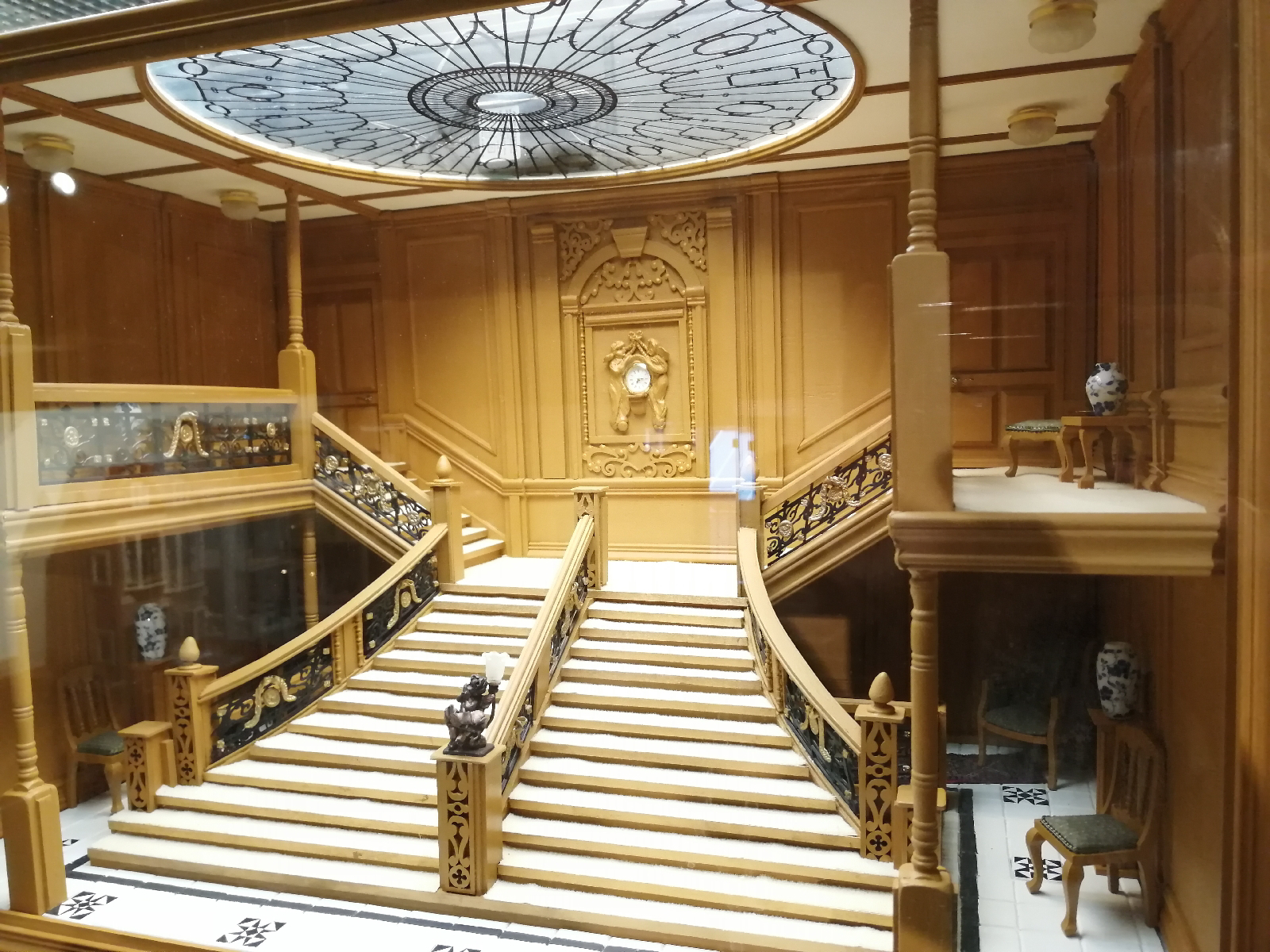 Hello my friends,
The picture above is the first class staircase of the Titanic, made by Cees van der Weide. unfortunately it is not mine. ;-).  knowing what happened to that ship in april 1912 this 'empty' roombox has an eerie feel to it. You can imagine everybody being on deck after the ship had hit an iceberg. To me it shows a silent scene before the realisation had et in to the people looking at the iceberg dissapearing in the darkness of the night, and the sailors and stewards running around, that the ship had already started to sink.
Why show this beautiful roombox? Last saturday I went to a small town called De Lier. It is a half hour drive away from my new home. (coïncidentally also a half hour drive from my last house.) 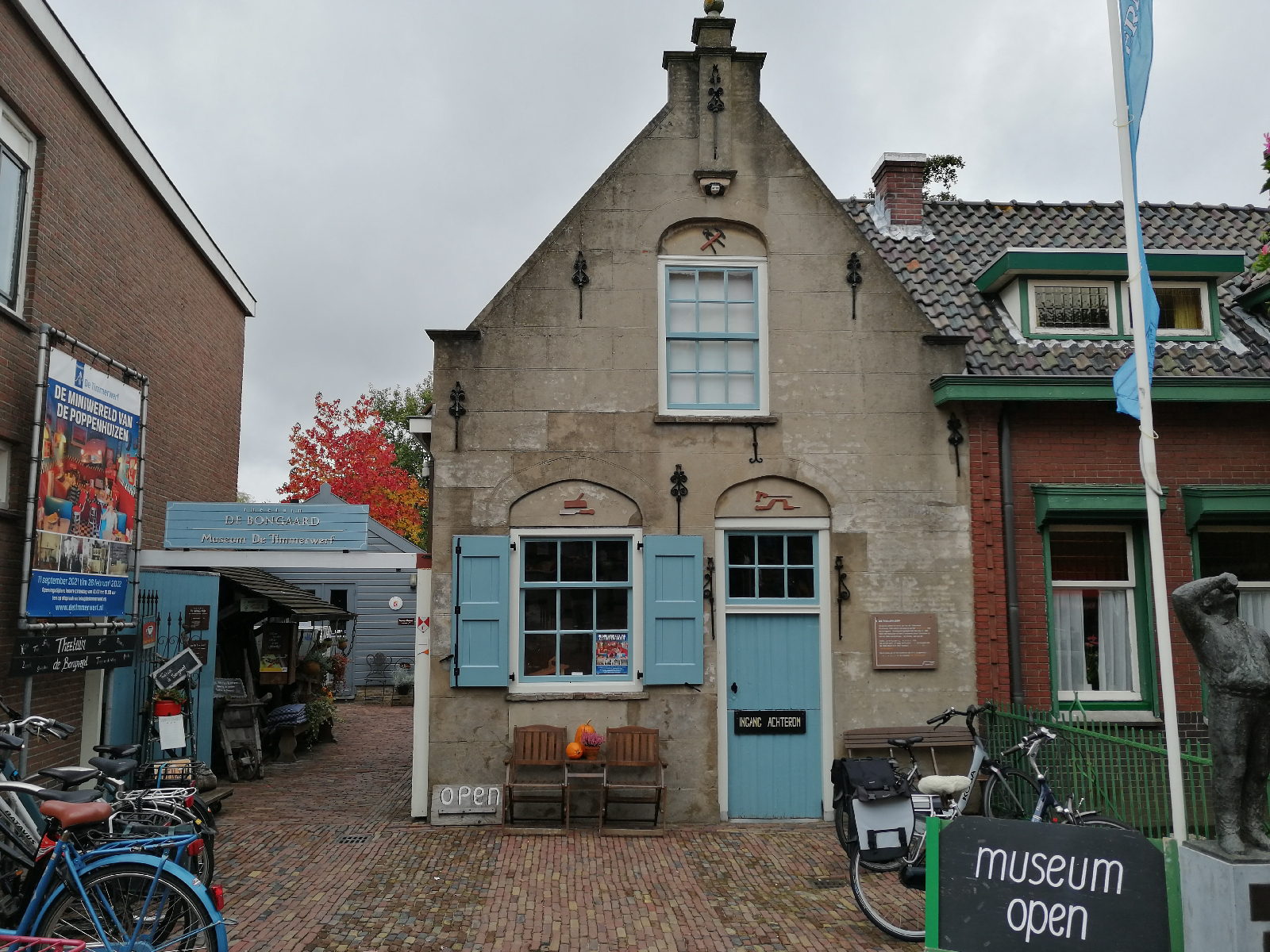 I read in a dollshouse magazine that in museum 'De Timmerwerf' in De Lier, the former carpenters workshop that was in business from early the 17th century up to 1996(!) there was a temporary exhibition of dollshouses and rooms in miniature. 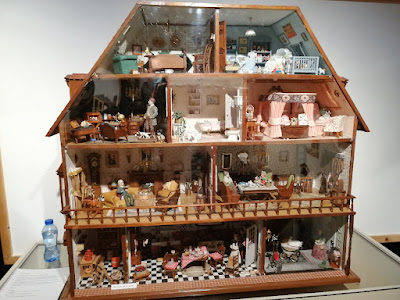 So Naturaly I wanted to take a peak. Although the museum is not that large, the exhibition showed a lot of houses , roomboxes and vignettes. It was a lovely display of the ingenuity and variety that miniaturists show in their work. So many different subjects, styles and ages were shown there.
For me it was  very inspirational to visit this exhibition. Below I show you only a few of the many items on show. 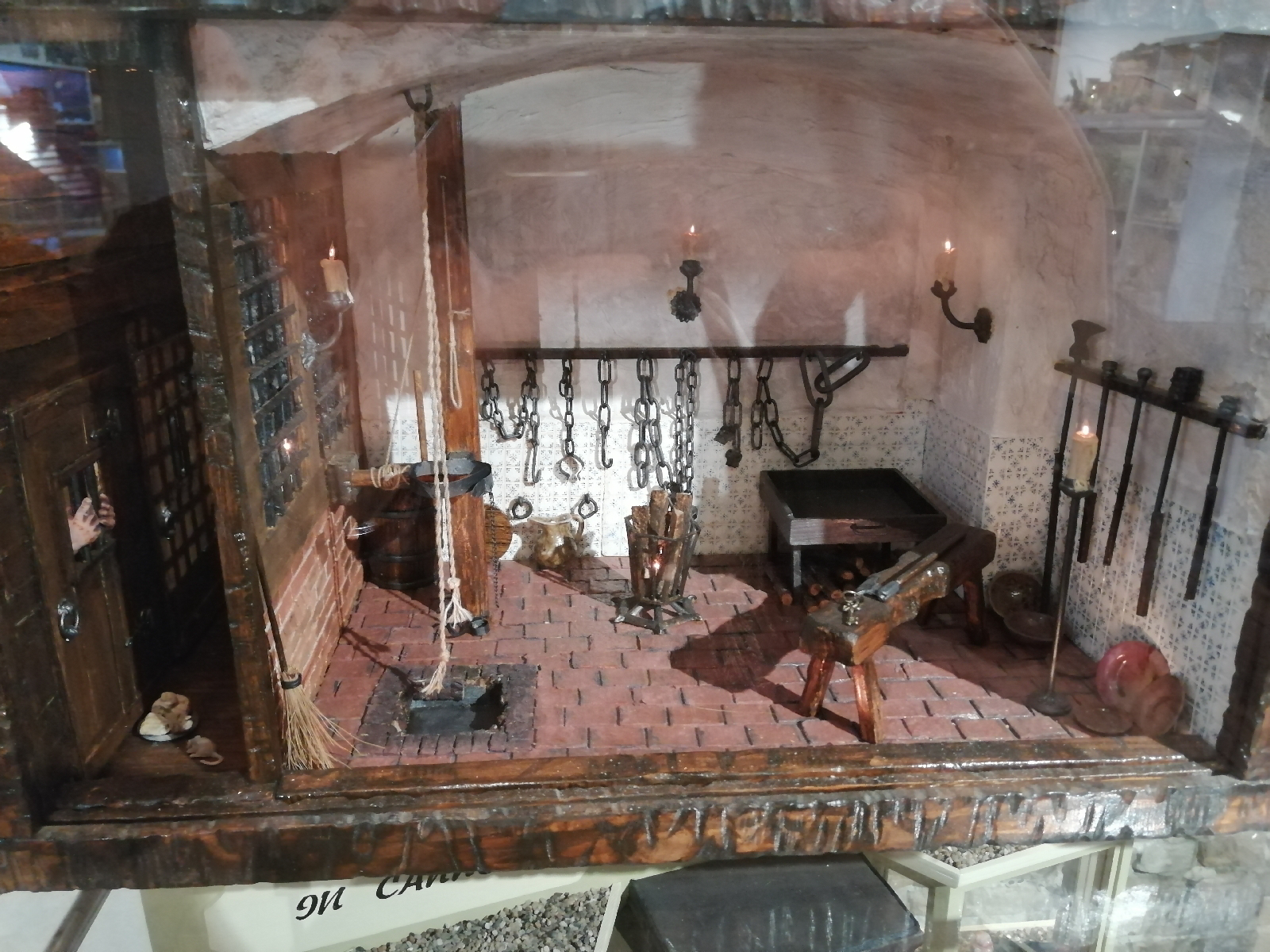 Here you see cells and the 'interrogation room' of De Gevangenpoort, an ancient prison a gatehouse which is now a museum in The Hague. One of the other historic interiors showed this lovely 17th century style kitchen. Great stuff for inspiration of the kitchens in Huis ter Swinnendael. 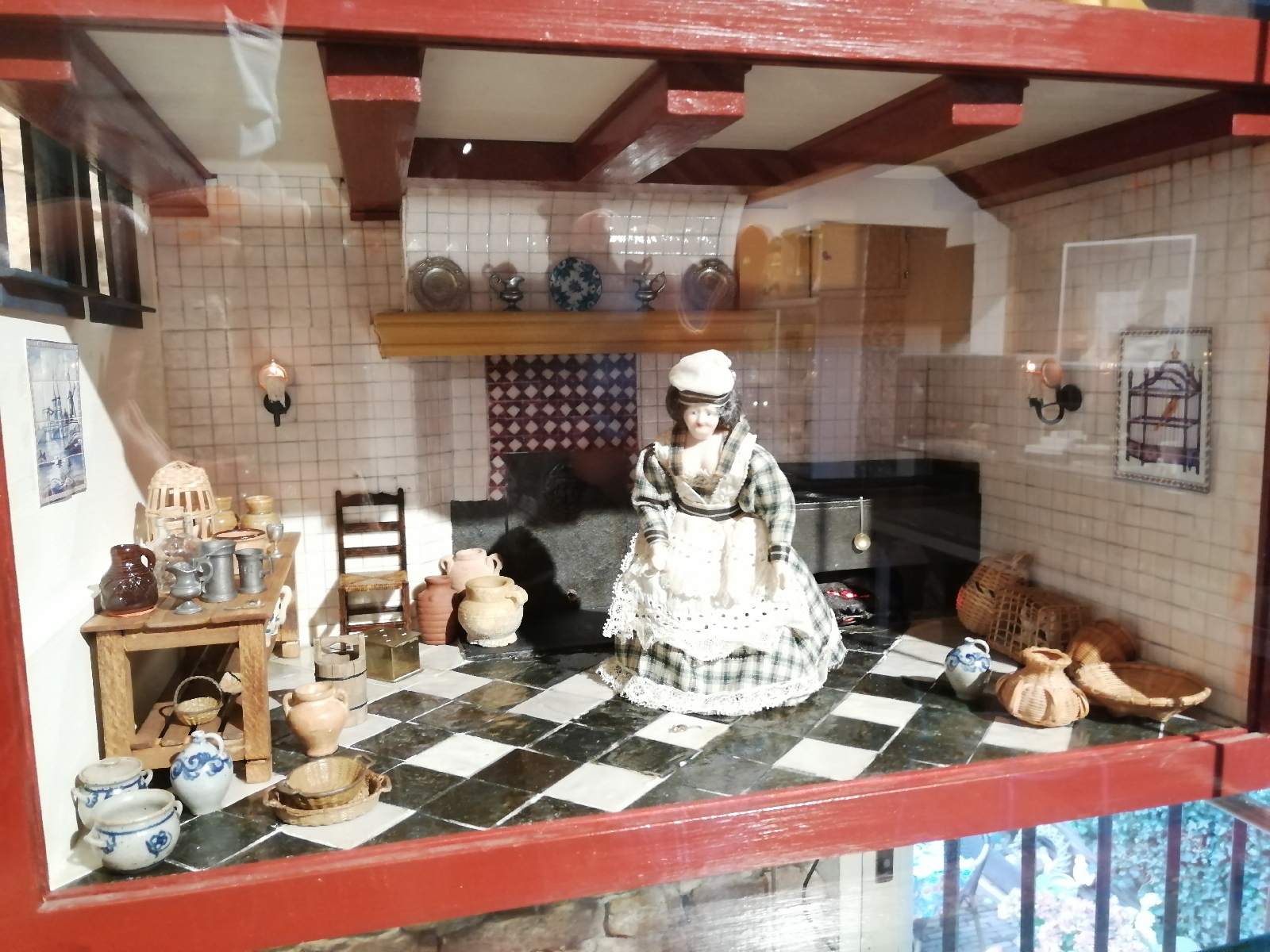 But also modern interiors like the Roombox and the house in the next two pictures. Much of what you see here is hand made from scratch! I could show you much more if only my pictures were any good! but these two give a good idea of the quality shown. 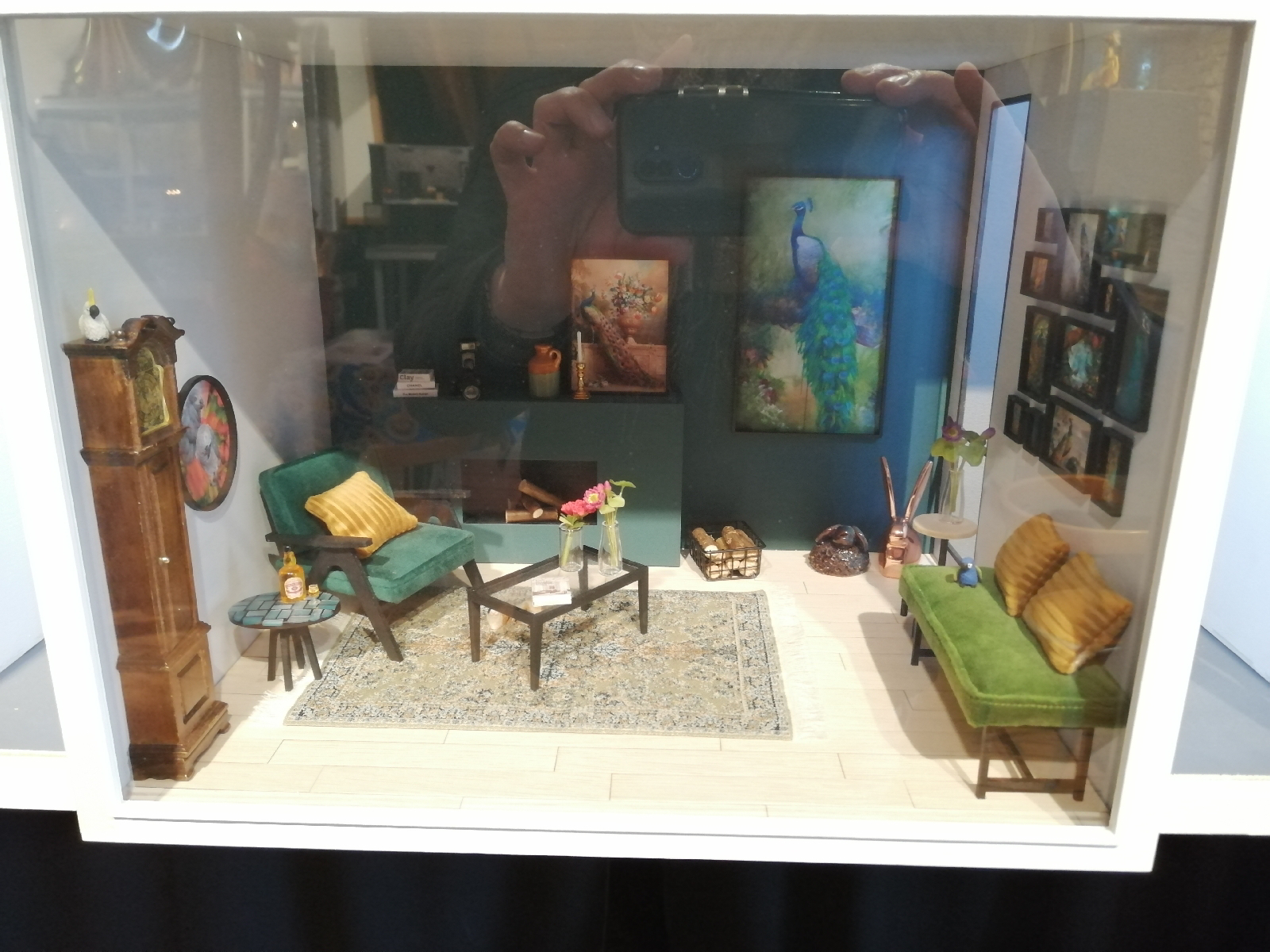 None of the houses and interiors were made for commercial purposes. These are all prised possessions of crafters and collectors of miniatures like you and me. The exhibition really showed that us miniaturists don't just make the same stuf in 100 variations. The people who assembled the exhibition really have an eye to combine so many different thems without it becoming a circus. It was quite tasteful indeed. 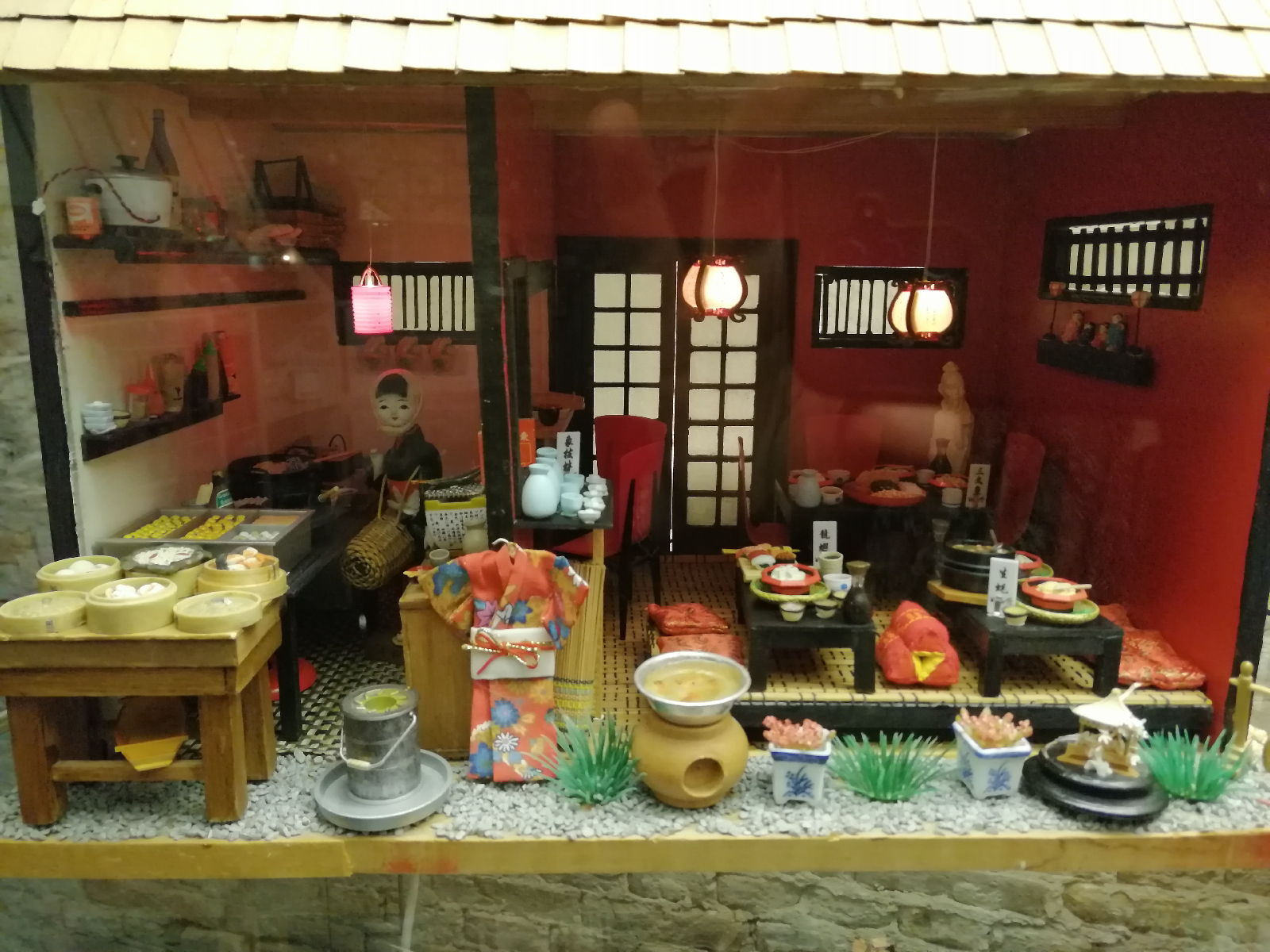 There were also several items with am exotic touch like this Japanese restaurant. Unfortunately my picture of the Chinese antique dealer (different maker) was blurred because that was a roombox where you kept descovering new treasures when you thought you had seen it all. 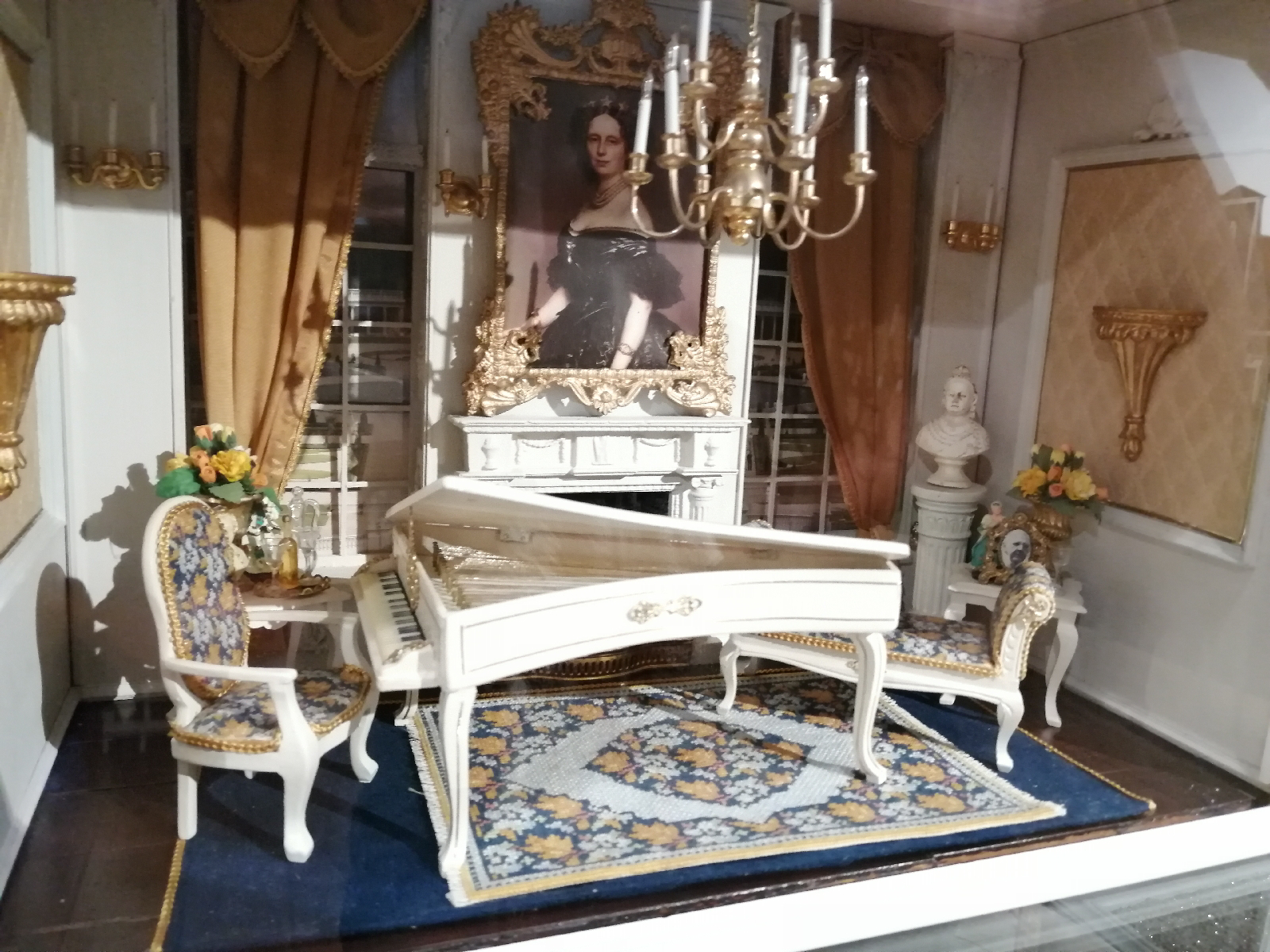 The picture above and the picture below show a nice contrast. the contrast between a classic interior that could be the music room of a "snob", complete with a buste of Queen Victoria and a potrait of Queen Sophie of the Netherlands (first wife of King William III). And on the other hand the possible mess wherin a "slob" spends his or her days. The last room shows a level of distressing and aging I have not yet dared to try myself. 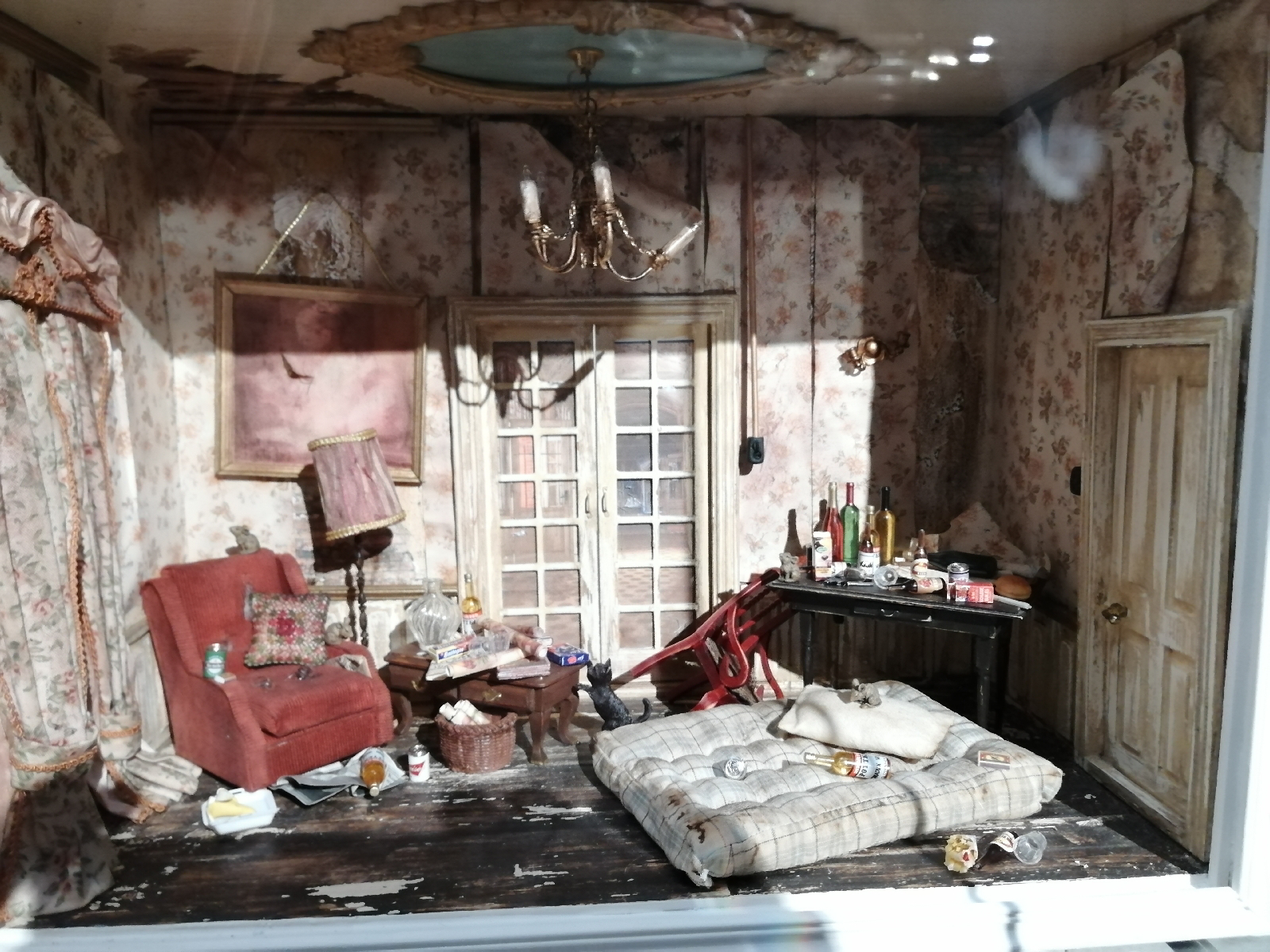 And last but not least there were also some lovely little scenes with miniatures with this 'painters bike and an old chest filled with books. 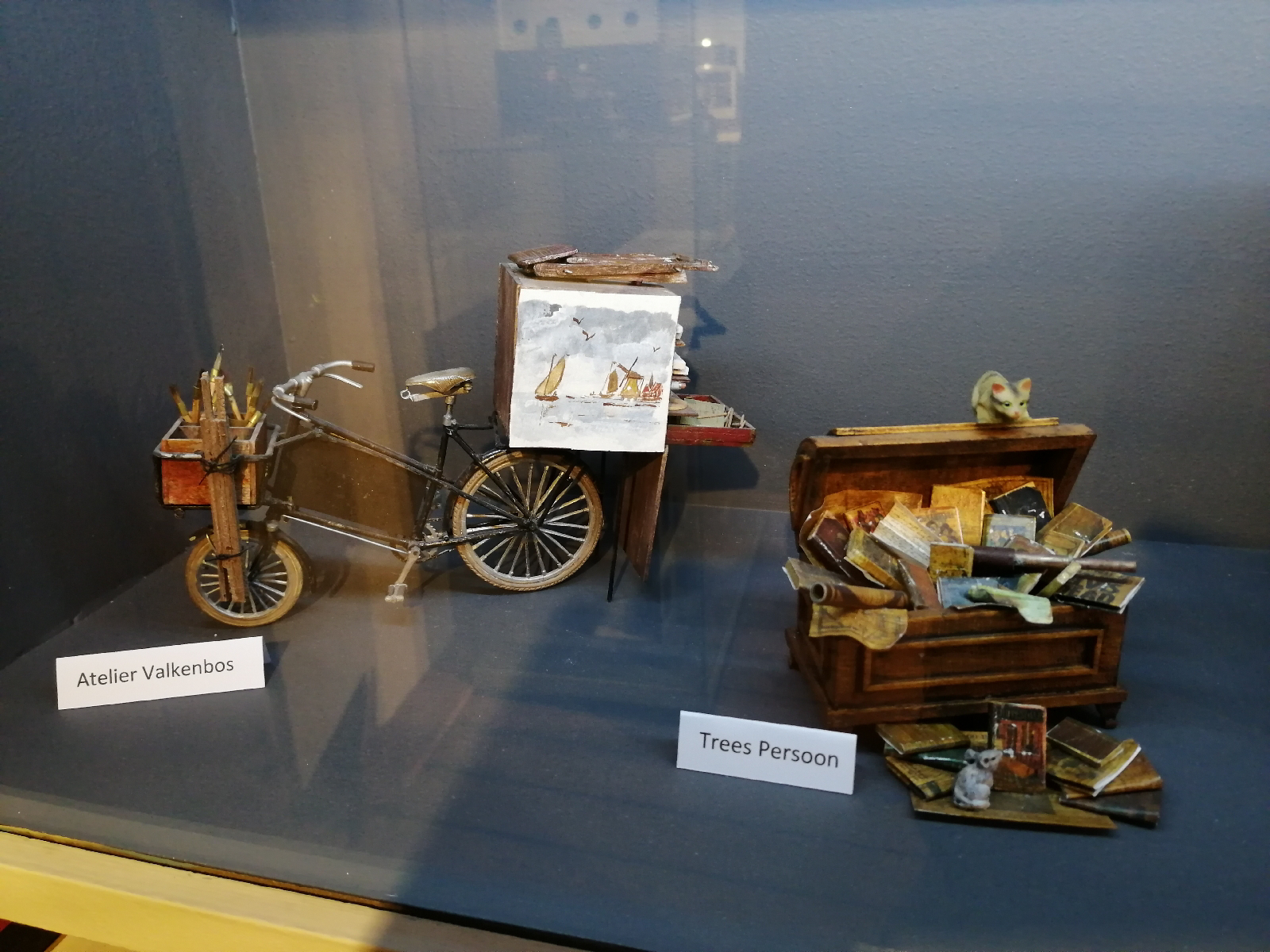 You can imagine my friends that I enjoyed myself thoroughly while watching this exhibition. And although it is a small museum it was filled with people who came for the museum itself and the exhibition. Nice to see so much interest in the work of local miniaturists and collectors!